Printers. They exemplify the innate malice of inanimate objects.

Your printer waits for you to be late for a session of your writing group, when you just have to print off six copies of your new chapter and then rush off to catch the bus, at which point it announces that the magenta cartridge has run out. Why does that matter? You’re printing in black and white! Can’t the magenta wait till you’re back this evening and actually want to print off something with colour in it? No, you must change it now.

Or you run out of paper and you forgot to buy some more the last time you were passing Rymans.

Or you’re being good and conservationist, and want to print something on the other side of a used piece of paper, but you forget just how to put that paper in and find you’ve printed your new text all over the used side.

Or, the machine sits there talking to itself, over and over again, muttering but NOT PRINTING. You daren’t turn it off and on again, for what terrible revenge might it then wreak?

Or, you press ‘Print’, but nothing happens. You click on the status bar and it tells you that you have one document waiting to be printed. Yes, indeed you do! There’s nothing else waiting so why doesn’t it get on with it?

When you’re really up against the deadline, it can play the jammed paper stunt. How to retrieve that crumpled piece of paper, without tearing it and leaving behind a scrap of paper that will continue to jam up the works?

No, it just sits there and waits …

I’ve not turned on my printer while writing this. I just hope its pal my PC doesn’t tell on me when I wake it up.

[These thoughts were prompted by today’s broadcast of ‘The Museum of Curiosity’ on Radio 4, when the etymologist Mark Forsyth’s donation to the Museum was a printer that doesn’t work. http://www.bbc.co.uk/programmes/b088f2vz, 19 minutes in ]

Crime writers beware … Especially if you’re half of a whodunit-writing duo, appearing at a literary festival, and you’ve just killed off your successful sleuth, famous for his knowledge of poisons. Let last night’s short story on Radio 4 in their ‘The Crime Writer at the Festival’ series be a warning. ‘A Marriage of Inconvenience’, 14 Minutes, available on I-Player at http://www.bbc.co.uk/programmes/b07m4v8n for the next 29 days. 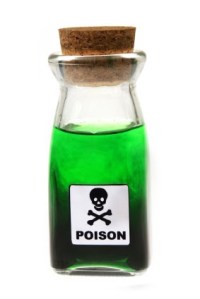 This week on Radio 4 in the mornings you can hear a chunk of Virgil’s Aeneid, translated by no less than Seamus Heaney, read by no less than Sir Ian McKellen. And then, a mere 45 minutes later, you can listen to nothing less than Jane Eyre.

If you’re a fan of Sara Paretsky, you might like to know that there was an interview with her on “Woman’s Hour” this morning.  She talks about her creation Chicago-based private investigator VI Warshawski and her own life and writing. It’s at http://www.bbc.co.uk/programmes/b062kqzq#auto, it starts between 2 and 3 minutes in, and lasts for 11 minutes or so.

Authors needing to be aware of the desirability of looking after their characters should listen to the exchange between Victor Hugo and Quasimodo on Radio 4’s John Finnemore’s Souvenir Programme, episode 2, 11 minutes in on http://www.bbc.co.uk/programmes/b04lss87  It lasts just over 3 minutes.

Just listened to Bookclub on Radio 4, with Hilary Mantel talking about ‘Bring Up The Bodies’ and looking forward to the third volume in her Thomas Cromwell trilogy. Well worth tuning in if you liked ‘Wolf Hall’ or ‘Bodies’: certainly an appetiser for Vol 3. As she described it, ‘Wolf Hall’ led up to Thomas More’s demise, ‘Bodies’ to Anne Boleyn’s, and Vol 3 will take us to her hero’s own, with the focus on his relationship with Henry VIII. http://www.bbc.co.uk/programmes/b03c2mys is the link to the Radio 4 page; the programme will be repeated on Thursday at 3-30 pm and will soon be available on I-Player.

Coming in after the start to an interview on “Woman’s Hour” this morning I was sure I was listening to A S Byatt. But no, it was Margaret Drabble. The intonation was so very similar. Margaret Drabble was talking about stories she has written for ‘Black Country Women’. You can catch the interview at http://www.bbc.co.uk/programmes/b03b2z9x, with Margaret Drabble coming on 21 minutes in.

The Sins of Literature. three-part series