This weekend sees the annual University Boat Race – Oxford squaring off against Cambridge on the Thames between Putney and Mortlake. But this time of year also sees a more cerebral rivalry – their Literary Festivals. 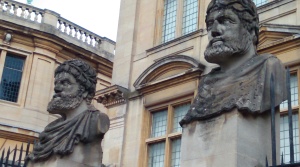 The dark blue Festival is already under way (https://oxfordliteraryfestival.org/) . Oxford events started on Saturday 30 March and continue till Sunday 7 April. “350 speakers from 25 countries”. Performers or interviewees still to come include Ranulph Fiennes, Robert Harris, Jo Brand, Kazuo Ishiguro, David Owen, Michael Heseltine, Val McDermid, Joanne Harris and Michael Morpurgo. And many more, as they used to say on the compilation LPs they used to sell in the 1970s. (Were they on the K-Tel label?) 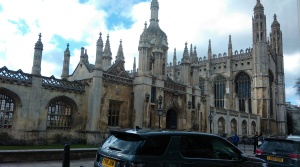 Turning a paler blue, the Cambridge Spring Festival (http://www.cambridgeliteraryfestival.com/) runs from Friday 5 April to Sunday 5 April. Like Oxford’s, the schedule is too full to list here, but it includes George Monbiot on A Plea For The Planet, Tracey Thorn on A Teenager in Suburbia, Forever Iris (“celebrating the centenary of a magnificent novelist”), Philip Collins on How We Can Fix Our Broken Politics, Francesca Simon on Horrid Henry, Simon Mayo on The Power of Storytelling, Hilary Benn MP on Finding A Way Forward, and Roger McGough with A Night of Poetry and Performance. And many more.

Two real feasts! So if you have the time this week, get along to one of these two ancient seats of learning. You’ll come back with inspiration for your own writing, and rather a lot of books …