I haven’t penned one of these for a while because I’ve been concentrating on my novel. However, things could be about to change.

As a rubbish swimmer, and someone nervous about heights, I’ve decided I must finally leap off the high diving board and submit to my wish-list of literary agents.

I’ve typed The End on my final page. Proof-read every damn one of them. Deleted as many adverbs and adjectives as I can. And subjected my friends in ninevoices to countless readings of chapters that were giving me difficulty. I could nitpick for ever, but feel like someone with a much-loved blouse: I want to keep washing it, but might that make the colour fade? 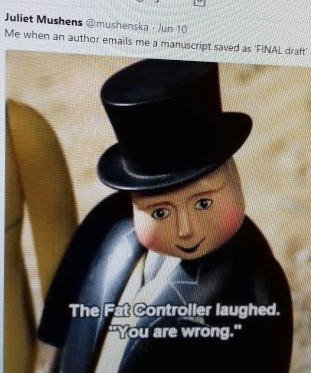 So I think I’d better jump.  And hope the agents to whom I submit don’t fall about laughing at my presumption in thinking it can properly be called a final draft.

“Ponder” photograph of diving board courtesy of Kat @ flickr

Thanks to Maggie for tweeting a link to the agent Piers Blofeld talking so helpfully on the five types of rejection (for authors, that is, not in love or life generally!). That’s at https://www.youtube.com/watch?v=leHTWbBces4&feature=youtu.be. Well worth six minutes of a would-be published author’s time.

He also speaks of the need for harsh feedback on one’s work. Quoting an unnamed author, he advises, “Never seek feedback from someone you’d be prepared to lend money to.” I’m not sure I’ve worked that out yet. 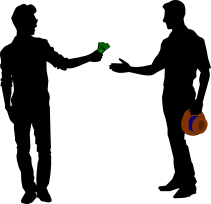 (Incidentally, and at the risk of causing embarrassment, I’ll add that Maggie’s tweets on writing and the frustrations and satisfactions thereof themselves always repay study. https://twitter.com/maggiedavieswr1 )

Apparently the ten shortlisted writers for the Good Housekeeping Novel Competition were contacted this afternoon.

Ten ecstatic people – and something like four thousand deeply disappointed ones!

I’d got quite hopeful about that competition, thinking my opening chapters promising, however my synopsis was written in a rush and I knew it was second-rate. Lesson learned: never send out anything but the polished best.

Time for chocolate and red wine… 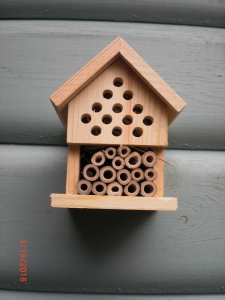 Couldn’t you get up half an hour earlier? Go to bed half an hour later? Slip away to the laptop while your partner is watching yet another debate on Brexit? Keep a notebook handy while you’re ironing or cooking – and instead of listening to music or watching a download of Game of Thrones, jot down ideas, phrases, plot lines? Fragments you can develop later into something useful.

There IS time, if you really want to find it.

2. You’ve just had a rejection.

You need a day, a week, a month, maybe more, to lick your wounds before putting finger to keyboard again. But everybody’s been there. One day someone will surely discover a hidden cache of parchment missives to W. Shakespeare, Esq, telling him that there really isn’t a commercial market for his stuff.

3. You’ve just read your last chapter – and realise you’ve been telling, rather than showing. Worse still, the whole thing is boring crap that nobody in their right mind will ever want to read. You need red wine, chocolate and caffeine, in vast quantities. It’s tough, because you could be right. However, the stuff we buy, read and admire has all been drafted, agonised over, re-written, and then nit-picked by editors before reaching that printed page. Maybe the early efforts of those writers were even worse than yours? The difference is that they stuck with it. Do the same.

4. You’re nitpicking your way through the Artists’ & Writers’ Handbook, selecting agents to whom to send your latest novel. Problem with that is that you’ve only actually written five thousand words so far. Dreaming of success is good, but putting more words on the page is the only way to actually get there.

5. You’ve Got Writer’s Block. This is a valid one, and tough to deal with. Why not leaf through some of your old stuff? Read it through and highlight the good bits. There must be some. Then fix yourself a mug of coffee and grab a pen. Could something from the bottom of the desk drawer be revamped? Could the less good short stories be rewritten, made first-of-all less bad, then promising, then actually rather good? What about crossing through all the adverbs and replacing the verbs with more active ones? Exercise your writing muscles and you might surprise yourself. See Excuse No.3 above.

6. That Insect House must be fixed to the summerhouse NOW. Learn to delegate. Get those you live with to help you write by doing stuff for you around the house or garden, or occasionally preparing the evening meal. If they don’t cook, maybe they could bring in a takeaway once a week? They will expect to be mentioned inside your freshly published book – along the lines of ‘I couldn’t have done it without my dear husband, darling children, etc etc…’ Won’t they?   Make them earn it!

I’ve written more short stories in the last year than in the previous decade – and doing so has curiously somehow increased my productivity. As well as the short stories, I’ve managed to draft a pretty awful poem (my first since primary school), finished my romantic comedy novel (Douglas Dodd’s Women) and written the first 6,000-words of another, in a very different genre.

It was a fascinating exercise. Entering 9 competitions earned me: 1 first prize, 2 short-listings and 1 commended, as follows:-

In addition, I sent a short story to, firstly, Women’s Weekly, and then to The People’s Friend. Both bombed.

I have four other entries ‘out there’ with results due in February/March. In case they are all rejected – which might stop me writing for days/weeks/months while I lick my wounds and whine about my work being only fit for the recycling bin – the plan is to send out a handful more in the next weeks, to keep the pot boiling.

As my husband tells me, if you fall off a horse you’ve got to climb straight back on and keep going.

I’ve had TWO rejections in the last weeks: a ‘boomerang’ from Woman’s Weekly (back so fast the girl opening the mail probably dealt with it) and a letter from The People’s Friend which took about five weeks to arrive. The latter was actually a proper three-paragraph letter explaining that the story ‘hadn’t met with success because the theme of the plot would be too familiar to our readers‘.

At least it was properly considered, and at least they gave a reason.

I was one of the expeditionary force who attended the Woman’s Weekly Workshop. One of the useful things about the day – apart from meeting a roomful of people serious about their writing – was being given tip sheets. One in particular detailed why stories were rejected. Top of Della Galton’s list  was predictability, with overused theme second. Point duly taken.

Entering competitions not only helps your writing, it cushions you against editorial rejection. I’ve had a win, two shortlistings and a commendation this year, and that saves me from thinking I’m a totally crap writer because a magazine rejects a story.

Thank you, Marlon James – for sharing with us that your first novel was turned down SEVENTY-EIGHT times.

Along with our thick skins we clearly need gigabytes of persistence.

When troubles come, they come not single spies but in battalions...

Did Shakespeare get rejections? Must have done, mustn’t he? Anyway, I’ve had two rebuffs in the last days: a magazine declining one of my stories and a local charitable 400-word competition which has been scooped by someone else. Am I downhearted? You betcha!

HOWEVER, this is proof positive that I’ve been busy writing and submitting, which is a huge accomplishment in itself. I’ve been much more active this year than last and have had a few invaluable fragments of encouragement – a long-listing and a short-listing. Also, although the magazine didn’t want my story, it was recently commended in a competition.

Can rejection be a cause of rejoicing? Last Thursday an email from the Bridport people told me that my Flash Fiction entry ‘Doors’ was not one of their winners. So far, so boringly normal. Like most writers, my collection of rejections could warrant entry in The Guinness Book of Records.

HOWEVER, the wonderful Bridport administrator, Kate Wilson, went on to say that I was on their shortlist. Pause while I reach for my smelling salts.

The list was generously long – thank you, Bridport, you really care about writers and their insecurities, don’t you? – since they shortlisted 50 out of 2,141 entries. But the feeling of encouragement at being one of those fifty cannot be measured. Actually I’m having trouble getting my head through doorways at the moment…

I nearly didn’t send that piece in, it was a last-minute thought after I’d entered my novel into their Peggy Chapman Competition (which predictably sank without trace). But the lesson is that we must all keep trying. Even if we don’t win, there might be some encouragement forthcoming…

A piece in The Guardian on June 22nd, when the newspaper asked seven successful writers for their thoughts on failure was hardly likely to carry much conviction or garner empathy. A wry and self-depreciating letter the following week suggested that the newspaper should have included someone who hadn’t had a book published after hundreds of attempts, who’d come back from holiday to find 23 rejection letters on the doormat and who’d sent in a complete manuscript at an editor’s request only to be told it had been shredded…This was much more endearing!