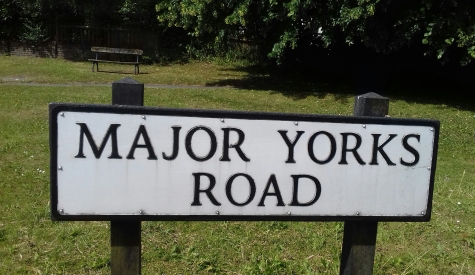 On Saturday mornings my other half and I usually stroll into Tunbridge Wells. It’s a pleasant walk alongside the Common and in spring there’s the glory of the municipal daffodils.

Yet on each journey I am affronted, disgusted even, by the lack of an apostrophe on the sign for Major York’s Road. I expect better from Royal Tunbridge Wells.

Should such things bug me? My husband doesn’t care about Major Yorks Road, yet mutters darkly about split infinitives whenever he catches me using them. He will also place exclamation marks (plural, notice) in the margins of any drafts of mine where a sentence starts with And. Other people’s blood pressure rises at mention of the Oxford Comma.

As writers we surely have a duty to defend our wonderful language and how it’s placed on the page. However, knowing what is correct, but deliberately bending the rules, can be excusable, and hopefully creative.

So, on that question of split infinitives, let me share something George Bernard Shaw wrote to his publishers:

There is a busybody on your staff who devotes a lot of time to chasing split infinitives. Every good literary craftsman splits his infinitives when the sense demands it. I call for the immediate dismissal of this pedant. It is of no consequence whether he decides to go quickly, or quickly to go, or to quickly go. The important thing is that he should go at once.

Your views on grammar pedantry are welcome. Don’t be shy, we’d love to hear from you!