So, corona virus restrictions are being reimposed.  Less socialising, less going out of the house, maybe worse to come.  But the upside of all that is, you can top up your lockdown reading …   Your Books To Be Read pile might have shrunk in the past six months, but why not add to it now?  Why not choose something new, maybe something you wouldn’t normally touch?

Taking some books at, er, random – you can enjoy historical fiction, thrillers, comedy, romance, novels exploring relationships and the human heart; revel in the settings of London (in the 18th century and today), modern Czechia, Sussex, the Lake District, Alaska, South Wales, Devon and the Cotswolds.

Or you can read biography and moving memoir; and if you are a manager and your staff are all working from home, why not take advantage of their absence and bone up on management thinking?  And if you’re a parent or doting grandparent, get a lovely book for the little one. 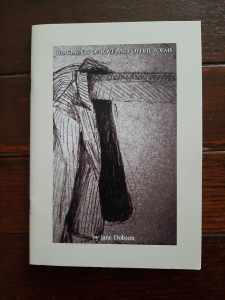 Last, but not least, there’s poetry.  What better way to cope with today’s vicissitudes than settling down with some great poetry ‘the best words in the best order’, as I think someone said.

One genre that has not featured in this blog till now is the footballer’s memoir.  Journeyman, by Ben Smith, is one such, but not what you’d expect, one of Premiership salaries, visits to exotic locations, rubbing shoulders with celebrities, all ‘as told to …’.  No, Journeyman is at the other end of the scale. Wages are hundreds of pounds a week not tens of thousands.  The book’s subtitle is ‘One Man’s Odyssey through the Lower Leagues of English Football’.

Ben Smith was on Arsenal’s books as a schoolboy, but like many others he didn’t break through to the big time.  The books recounts his spells with Southend United, Reading, Yeovil Town, Hereford United, their arch-rivals Shrewsbury Town, Weymouth, Hereford United again, Cambridge United (briefly), and Crawley Town, with spells on loan at Kettering, Woking and Aldershot Town. As a Hereford United supporter I relished his account of some of the memorable games my son or I attended – such as a heroic win at Leeds United in the FA Cup, and the exciting afternoon we spent at Brentford in 2008 which clinched promotion to League One.

One brush with the stars in the football firmament is his account of his match at Old Trafford when Crawley Town were drawn away to Manchester United in the FA Cup – an occasion that deservedly gets a whole chapter.

Here you can read the realities of life in these lower leagues: the grubbiness of pay negotiations, the sometimes eccentric behaviour of football managers, merry dressing-room japes, and the ever-present risk of injury.  The account of Ben’s dislocating his shoulder makes painful reading.  Interestingly, not much is said about the fans, though when writing about a visit to Luton Town he writes “The crowd is right next to the pitch and you can smell the pungent aroma of beer, burgers and fag breath – the way football ought to be.”

Interspersed with Ben’s times at the different clubs are extracts from his diary from 2012, when his footballing career has ended and he is working as a teacher at a secondary school.  This he hates, and he is frank about his failings as a teacher.

He has an easy to read style.  I saw that he had a column on football in a recent edition of The Big Issue.