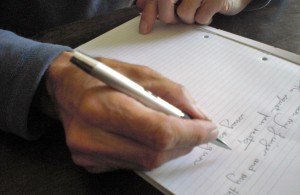 Just the weeniest nudge to kick off with: you can now enter our very own short story competition. Details are pinned at the top of this blog and while the closing date isn’t until September 28th, our own experience has proved that allowing plenty of ‘polishing’ time gives you the best chance of winning.

The Scottish Book Trust is inviting applications for its New Writers Awards 2020 in three categories: Narrative Fiction and Non-Fiction, Poetry and Children’s and Young Adult Fiction. Each award recipient will get £2,000, tailored personal development opportunities which may include mentoring, PR, presentation and performance training, the opportunity to showcase work to agents and publishers, and a week-long writing retreat. Entries must, however, be from writers based in Scotland who have not yet published a novel, full-length work of narrative non-fiction, or collection of short stories. The closing date is 3rd July and entry appears to be free. Full details: http://www.scottishbooktrust.com

Fitzcarraldo Editions is accepting submissions for the Fitzcarraldo Editions Novel Prize. The prize is an advance of £3,000 against publication by them and is for original, unpublished full-length fiction that is innovative imaginative and tackles themes relevant to the world we live in. To enter, send the full manuscript of a novel of at least 30,000 words. Deadline 15 July. There is no entry fee, but only one novel may be submitted. Check full details: http://www.fitzcarraldoeditions.com

Norwich Writers’ Circle’s 2019 Olga Sinclair Open Short Story Competition has the theme of ‘spooks’. There is a first prize of £400, a second of £250, and a third of £100. The winners and seven shortlisted stories will be published in an anthology. Entries, which should be unpublished, should be up to 2,000 words and the entry fee is £8. Closing date is 16 July for postal entries and 30 July for email entries.  Details: Ian Andrews, 12 Malten Close, Poringland, Norwich NR14 7RW and, online, at norwichwriters.wordpress.com/

As always, may I urge you to check details before entering. If you have read my post of earlier today about Margaret Kirk’s latest crime novel, What Lies Buried, you will have been reminded that her career was kick-started by winning the Good Housekeeping New Novel Competition, back in 2016. Entering competitions really can make a difference, and even a shortlisting can inspire you to keep going.

Margaret hooks you, in the first chapter, with a corpse uncovered on an Inverness construction site. With a bullet hole in its skull. A cold case, obviously, since it’s wearing World War Two dog tags, but an intriguing one, since the bones date from long after the end of the war. And why were they buried in a farm midden? Then, having made you wonder about the who-and-why of these seventy-year-old bones, you are plunged into an even darker crime: a ten-tear-old girl has been spirited away from a friend’s birthday party and has been missing for ten days.

The police team led by DI Lukas Mahler is under pressure: from the distraught parents, their superior officers, the press – and their own desperate feelings of responsibility and inadequacy. Not helped when the problem unexpectedly escalates.

Lukas is a detective with sharp suits, but no ego. An early morning runner with his own childhood trauma, who struggles to care for a mother whose mind is failing, it’s no wonder he is stalked by migraine headaches: an ice-pick of pain tapping at the base of his skull that tablets refuse to shift. Not that Lukas will let that stop him pursuing the bad guys, even if it earns him cracked ribs.

I enjoyed the quality of the writing, from fondly remembered Scottish words – and guiltily scoffed bakery products with a high-calorie content – to descriptions of Inverness and its steel and granite weather. Memories rushed back of pebble-dashed bungalows, with walls the colour of three-day-old porridge. I especially admired the picture of an alarmed construction worker belting up the track, hi-vis jacket billowing out behind him like a bairn playing at superheroes.

The characters are real people, with acid indigestion, a tendency to devour Jaffa cakes when stressed, and the misguided conviction that a Homer Simpson air freshener will banish the stink of cigarette smoke and fish and chip wrappers from inside of an unloved car. DS Ian Ferguson, a conscientious and loyal colleage, is a slob at heart. The sarcastic, shifty and jealous DE Andy Black clearly means trouble for Mahler.

Her women are good, from the pregnant CSI, easing herself from a muddy trench full of old bones, her pregnancy bump straining against the white Teletubby suit, to DC Nazreen Khan, who is suitably polite when slapped down for giving constructive advice to a superior, but no pushover:

‘Absolutely.’ She clicks her seat belt into place and gives him an earnest I’ll-try-harder kind of smile. ‘No disrespect, sir.’

‘But, seeing we’re talking about respect…if I catch you staring at my tits again, you’ll get my knee where it hurts most. And then I’ll hit you with a harassment charge. Sir.‘

A disturbing feature is an on-line group of vigilantes, convinced they can do a better job than the police. A worrying glimpse into the world of warped minds and the harm social media can do.

The plot has more complexities than a piece of Fair Isle knitting, and a twist approaching the end almost made me throw down my needles. There is even an intriguing ‘H’ figure lurking in the background. The abduction of a small girl doesn’t make comfortable reading. It is every parent’s nightmare. But the book is enlightening on the toll taken on those investigating such hideous events, and the extent to which they genuinely care.

Margaret’s debut novel, Shadow Man, won the Good Housekeeping First Novel Competition in 2016 and was published by Orion in 2017. Proof that entering competitions can work, and that reading books that result from them can be totally gripping.

This week I heard the author Simon Mawer speak about writing: specifically about his novel Prague Spring, but also his other Czech-based books The Glass Room and Mendel’s Dwarf. Prague Spring is set against the events in Czechoslovakia in the fateful summer of 1968, leading to the invasion by the armies of the Warsaw Pact.

Four things of writerly interest in my mind from that talk:

He was asked what effect having The Glass Room shortlisted for the Man Booker Prize 2009 had for his career. It benefited hugely, he said, sales went right up, though not as much as if he’d won! He was easy about not actually winning that year, he assured us, though he was just a bit galled when Hilary won it again two years later …

One good thing about being a novelist, he told us, is that you can reinvent your own life. The example he gave was how in the summer of 1968 he had hitchhiked around Europe with a male friend. When in Bavaria they had discussed whether to cross into Czechoslovakia, then enjoying the best days of the Prague Spring, but had decided to go to Greece instead: a decision he had ever since regretted. In Prague Spring two of his main characters set out from England to hitchhike across Europe – a male student (as he had been) James, but this time with an attractive female companion, Ellie; and this time events lead them to cross the Iron Curtain (and thus into the story) rather than go to the Italian sun as planned.

He used more of his own direct experience in James and Ellie’s story. When he and his friend had been hitching they were given a lift by a German lady harpsichordist who interrogated him where he was studying, and when he gave the name of his Oxford college she asked if he knew a particular law professor there, whose friend she was. In Prague Spring he retells this story, with James and Ellie meeting a lady cellist who, likewise, is a friend of a don at his Oxford college.

Perhaps less commonly for novelists, Simon Mawer has a scientific background: his degree was in zoology and for many years he worked as a biology teacher. This shows in a remarkable simile in one of the extracts he read to us on Tuesday: a Russian tank lost in the streets of Prague is likened first to a Martian in HG Wells’ The War of the Worlds but then, more uniquely, to a reptile or arthropod, the muzzle of its gun being a proboscis, which “shifts back and forth, as though sniffing the air, perhaps even trying to work out where the humans have gone.” Not an image that would have occurred to those of us with English literature or history backgrounds, perhaps.

In thrillers, he reminded us (and in whodunits, come to think of it), everything that happens must be related to the plot. But life, of course, isn’t like that. Lots of things happen that don’t link up with anything else. But in a novel you can explore these, and tell them for their own sake. One bizarre episode that features in Prague Spring but is not essential to the plot is the appearance of the Moody Blues. They actually were in Prague at this time, and the day before the Russian invasion they were filmed performing on the city’s famous Charles Bridge. Their appearance in the novel adds colour and interest and tells a true story, and you’re glad it’s there, but in a thriller you’d be wondering what its significance was.

(You can see this surreal performance on YouTube – go to https://www.youtube.com/watch?v=w4_xCA4IO7U , to see these Brummies miming Nights in White Satin to adoring fans on an otherwise empty Charles Bridge for a Franco-Belgian TV programme. It’s strange to think that 24 hours later that area was busy with invading soldiers.)

Truth Is Stranger Than Fiction Dept: In his interview Simon Mawer asked us to reflect on the fact that once the invasion happened, the British Embassy somehow arranged for the Moody Blues to be flown out of the country, apparently in an RAF transport plane. How was it, he asked, that in all the chaos and busyness of those events, someone managed to persuade the new Warsaw Pact controllers of the country to allow an RAF plane into Czechoslovak air space to evacuate a group of British pop singers? Would you dare put such an unlikely happening in a novel? 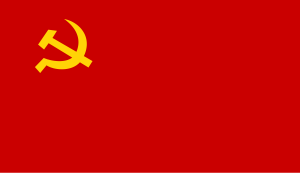 The interview was organised by the Czech Centre at the Czech Embassy in London. Simon was interviewed by Prague-based journalist David Vaughan, followed by a lively Q&A session with the audience.  Thanks, Czech Centre!

Details of our competition are here.

Our aim is to raise funds in aid of Polymyalgia Rheumatica & Giant Cell Arteritis, linked rheumatic conditions that cause severe pain and can lead to sight loss. The conditions are little known by the public and therefore PMRGCAuk (established to help sufferers and aid research) is a ‘Cinderella’ charity. All profits from the competition will be passed to PMRGCAuk.

Read more about the condition here.

‘Swanking is still unacceptable’ says Mary Killen, on the (always enjoyable) Your Problems Solved page of this week’s The Spectator magazine. She is replying to an anxious letter from a reader  who would like to give copies of his/her two  ‘respectably published’ novels to neighbours and acquaintances who are unaware of the novels’ existence, but worries that these gifts put the recipients in an awkward position.

There is something altogether endearing about this concern for the feelings of others and the appeal for advice in general ‘about trumpet-blowing, however subtly done’. The writer says that in his/her younger days ‘swanking’ was considered the worst of sins …

Mary comes up with a creative solution to the problem perfectly tailored to this particular correspondent. But for most of us it may be that swanking is now a necessity – part and parcel of publishing and marketing novels, however much it goes against the grain.